Disability Rights at Schools and Universities: An Uphill Battle 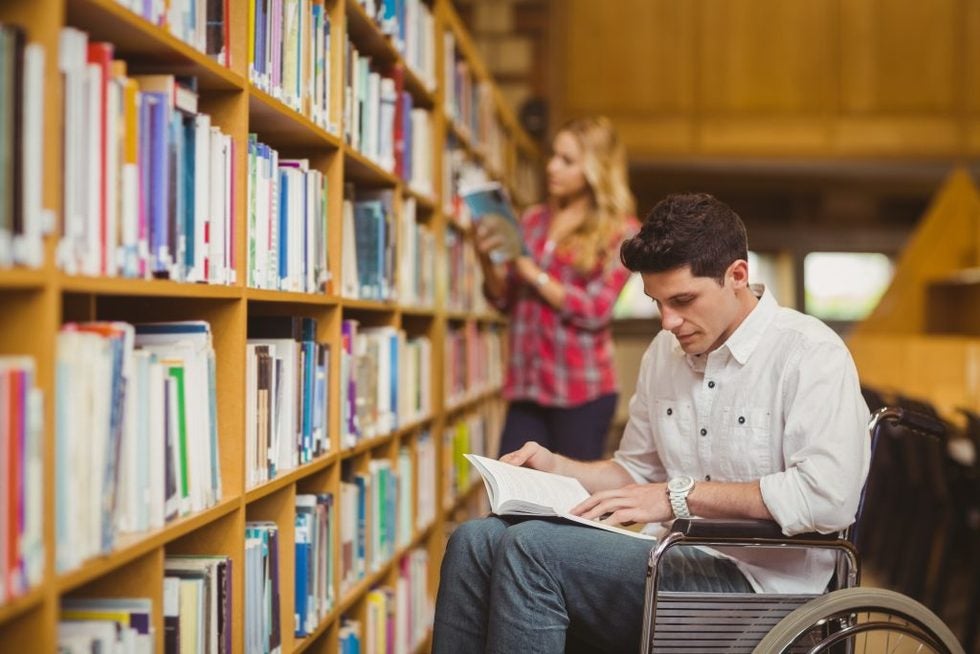 Disability rights and accommodations at schools and universities has been one of the longest uphill battles in higher education. While we now commonly see wheelchair accommodations, textbooks printed in braille, and sign language interpreters available for lectures and presentations, it hasn't always been this way and it still isn't this way for many universities in the United States. Still, as a whole, we have a ways to go.

Highlights of Disability Rights Throughout the Years: A Timeline

For years, people with disabilities were discriminated against and not given the same rights as able people. It wasn't until the 19th century that things began to change. These highlights show some of the biggest milestones we've reached so far.

How Colleges are Helping Today

Of course, these may vary at different universities. It's important to look up their ADA accommodations and what you have to do to apply or register. Oftentimes, classrooms–especially in older buildings–won't already come with ADA accommodations, but by registering with the disabilities office beforehand, they'll know to properly accommodate the room. As this illustrates, colleges doing their part, but the stigma against disabilities still persists in many places.

While many are doing what they are required to do in terms of disability accommodations, some still don't do enough. Many older colleges, for example, house the disability office on the second story of a building that doesn't have an elevator. Of course, some older buildings weren't built with elevators in mind, but the colleges could simply move the office downstairs, trading with another one. This is just one example.

Medical schools are notorious for discriminating against students with disabilities. While some may correctly argue that certain disabilities can impede one's ability to properly assess and diagnose patients, certain disabilities that don't are automatically thrown into this lump and aren't being properly accommodated for. According to Dr. Philip Zazove, of the University of Michigan Health System in Ann Arbor, as interviewed by Reuters, “the student's ability to process this complex information and help render diagnoses and help patients isn't the issue–rather the means by which educational information is provided is the issue.”

According to Inside Higher Ed, while some universities do provide the required accommodations, their staff members fall short. Students are often discriminated against and have to deal with ignorant professors and employees. An example the article regards medical documentations. The majority of the time, students don't need to provide medical documentation proving their disability but this isn't always communicated downward to them, causing a lot of problems.

University professors and employees may also create disability barriers, which can hinder students' chances of having a successful college career. These barriers include:

Professors and employers have also been found to not approve absences for students and student employees even when they are severely injured or ill. While these students may not have permanent disabilities, many universities are still required to cover these bases.

So, while the ADA and the Rehabilitation Act of 1975 have helped to make great strides in making universities more inclusive to students with disabilities, as a society, we still fall short. Luckily, there are many ways we can be proactive about it.

A disability attorney will be able to help you if you need to file a claim against an institution or person for disability discrimination or lack of accommodation. This can include:

They can also help you file for Social Security Disability, which is a long and complicated process. A lawyer will be able to streamline this process, so you can get it done in no time. Disability attorneys can also assist you with receiving veteran benefits, which is another movement many universities are making to create a more inclusive environment for every kind of student. While there are different kinds of disability attorneys, each one plays a crucial role in creating equal rights for all, including at universities. With an all-inclusive environment, more and more people are receiving the education they deserve.