A Look at High Profile Cases that Have Shocked the Nation 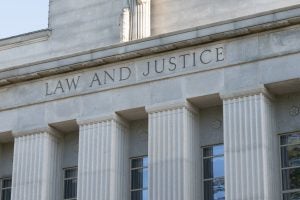 Americans love good drama and a good story. People have always been fascinated and —a lot of times—romanticized the court process. It's probably why movies about lawyers and criminal cases are so compelling. There have always been high profile cases that capture people's attention and emotion. The nation has often been gripped by some of these emotionally-wrenching stories. What's interesting is not only the case itself but also why those cases rise to superstardom levels and become part of everyday conversations of people all across the country. We thought it might be interesting to take a look at just a few of these highly-publicized cases and compare the court of public opinion with a court of law.

Why Our System Works

The American Justice System is still one of the best in the world. That doesn't mean, of course, that it is perfect. The problem is that sometimes people confuse the court of public opinion for the court of law, but our justice system has pretty high standards for proving guilt in a criminal case. The burden of proof is incredibly tough; the standard says guilt must be proven “beyond a reasonable doubt.” The court of public opinion, however, functions differently and is often dependent upon impression, emotion, and subject to media coverage that can sensationalize and skew perception.

The Presumption of Innocence

In a court of law, verdicts are not decided through perception or emotion; they are decided upon evidence and proof. That is not to say that the final verdict gets it right all the time.  The country has seen its fair share of high profile public trials that have gone down in history. In many of these cases, the verdict of the public differs from that of the jury and that's important to remember. The system is set up as such and we all agree to abide by it. Yet, despite its flaws, our justice system is predicated on the belief that everyone is innocent until proven guilty. This is rooted in a quintessential American belief inherent in the Declaration of Independence: that all life is valuable and that every person has inalienable rights not granted by the state, but by a higher power.

Who can forget, of course, the endless media coverage of the O.J Simpson trial? Let's look at some others that have captured the nation's eyes and ears, some of them more recent.

This is an interesting case because it was almost as if the media relished in the fall from grace of otherwise squeaky clean Martha Stewart. Here you had a woman who was known for her motherly tone, pillow cases, cakes, and floral designs but was also very wealthy and successful. All of a sudden it turns out she may have committed a crime.  People jumped on the opportunity to tear her apart. For six weeks the media followed her trial closely and completely destroyed the woman's reputation for years to come. In the end, she was found guilty of obstructing justice and lying to investigators, but aside the actual verdict the court reached, the court of public opinion had forever tarnished the tv personality. Why were people so excited to see a celebrity behind bars? What was it about the case that drew so much public attention? These are interesting questions to ask.

A young woman's two-year-old daughter disappears and it is not reported until 31 days later. The grandmother calls authorities and informs them of the crime. There is a wild search for the girl and her remains are finally found buried in a bag with tape over the mouth. The two sides argue about the cause of death. Strange detail emerge. The defense argues that the child drowned in the family pool. In the end, Casey Anthony is found not guilty of first-degree murder, aggravated child abuse, and aggravated manslaughter of a child and convicting her of providing false information to law enforcement. There was a massive debate about the case afterward and many were disappointed with the verdict. That point can be argued back and forth. The question is: why did the case attract so much attention? Why was it that people flocked to see the woman destroyed?

This was a very different type of case that also involved a young woman. The case involved an emotionally vulnerable 18-year-old boy named Conrad Roy. Roy committed suicide after being instructed and pressured to do so by Carter via texts and phone calls. She was in communication with him as he filled his car with carbon monoxide. Carter was found guilty of involuntary manslaughter and was set to spend some time in jail. This case might not have reached the highly publicized levels of the previous two, but it was an important brought to discuss important questions about teenage depression, mental illness, individual responsibility and so forth.

There are many more cases like this. These cases can be both fruitful and destructive. Sparking debate and conversation about justice and the way trials are conducted. The court of public opinion, however, is not one that follows the same standards. People often let their emotions choose a verdict.

Get the Right Defense

In a court of law, evidence and a good defense is everything. A proper legal defense is something that is necessary to ensure the best possible outcome. Here at Lettunich Law Firm, we strive to provide the best legal defense. We know the system. We've studied it extensively and we care about your rights. Your trial may be the most important moment of your life and you don't want to depend on just anybody to see you through it.